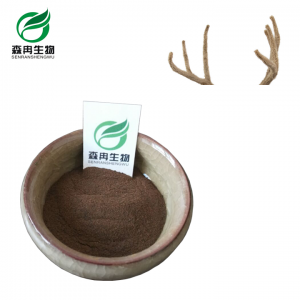 In traditional use of deer antler velvet, it was used to remedy sexual disorders in men such as impotence, premature ejaculation and watery semen. The estrogen hormone most affected by deer antler velvet is estradiol. Estradiol is a precursor
According to modern research, deer antler velvet has shown gonadotropic activity. This means that it can stimulate growth and increase the weight of both the seminal vesicles and prostate to treat menstrual disorders and menopause in women. Dr. Lee Sang-In of Kyung Hee University in South Korea says deer antler velvet is also used to treat infertility in woman.
Other studies by both Fisher and Wang indicate that antler may increase levels and can help prevent some conditions associated with aging. Russian researchers claim that compounds found in antler can ease the effects of menopause in women.