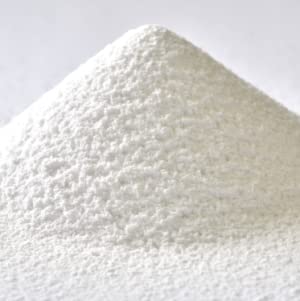 D-aspartic acid, also known as DAA, is a unique kind of amino acid found in the human body, specifically, in the pituitary gland and the testes. Generally, amino acids are used in the human body to build up protein which is necessary for vital organ functions. However, unlike other kinds of amino acids, D-aspartic acid works to increase and decrease levels of certain hormones in the body by sending signals to the brain. One of the hormones typically regulated by the compound is the hormone testosterone which is common in both men and women but is more prevalent among males.

The CAS number of the compound is 1783-96-6. Its molecular formula is C4H7NO4 and its molecular weight is 133.10g/mol. It usually appears as colorless crystals and is generally soluble in water.

The compound, which is also commonly referred to as Aspartate, specifically maintains the function of hormones which play vital roles in metabolism or breakdown and absorption of nutrients in the body. In one study, it was also provided that the compound regulates hormones that maintain the functions and mechanisms of the cardiovascular system, the immune system, and the nervous system. A boost in D-aspartic acid is therefore quite beneficial for health and fitness.

The chelated form of D-aspartic acid is believed by professional medical practitioners to be more easily absorbed by the human body. This is because adding metal chelates to the compound improves its solubility in water, making it easier for the gastrointestinal tract to digest the same. With increased absorbability, chelated D-aspartic acid may be beneficial to individual users.

D-aspartic acid calcium chelate is also preferred by some individuals as it reduces gastric symptoms associated with the use of D-aspartic supplement products.

When purchased in bulk, D-aspartic acid powder is usually packed in paper drums and two layers of poly bags inside. These drums generally have a net weight of 25 kilograms.

Currently, the prices for D-aspartic acid powder usually range from $10 to $15 per kilogram, depending on the quantity of purchase and the location and distance between the individual buyer and the supplier.

Taking dietary supplements with D-aspartic acid provides a wide range of health benefits as shown by medical research and other customer review sites. These health benefits include the following:

Adding D-aspartic acid supplements to the diet is said to be helpful in bodybuilding, especially in the aspect of weight training. This is said to be associated with the resultant increase in testosterone levels after taking a few doses of the supplement. Testosterone is the hormone that is primarily responsible for the development of secondary sex characteristics among men, among which include the development of pubic hair, deepening of the voice, and lean muscle mass development.

Mixed results in medical studies were obtained on the possible association between D-aspartic acid supplement products and bodybuilding or weight loss. In some studies involving men as subjects, it was found that there is no significant change in muscle mass among those who take the product. However, in another study, it was found that taking the product, when combined with weight loss exercise plans, can lead to improved muscle growth and development. Hence, it was concluded that D-aspartic acid works to augment the effects of workout performance. This means that taking the supplement alone without engaging in exercise will not produce significant effects.

Another aspect of interest when it comes to promoting bodybuilding through D-aspartic acid supplementation is that it may help increase methionine levels. Methionine is an amino acid in the body that helps regulate metabolism. Hence, fitness experts say that supplementation of the compound can help regulate metabolism and promote proper healthy nutrition in body cells, which in turn results in growth in muscle mass.

Many men suffer from low levels of the hormone testosterone due to various predisposing factors. This brings about a lot of health problems in men which especially relate to their reproductive health such as erectile dysfunctions and lack of sex drive. Low testosterone levels may also affect the quality of sperm produced in the testes, thereby resulting in infertility.

It has been established in mixed health studies that D-aspartic acid supplementation may boost testosterone levels and provide several benefits related to it. In one study conducted with sixty men as subjects, it was established that D-aspartic acid supplementation for at least three months has resulted in to increase in the number of matured sperm produced in the testes. It is also worthy to note that sperm motility, which refers to the ability of the said cell to move rapidly, has improved among those who take the supplement.

In one review on the ability of the compound to improve fertility, it was found that among the sexual partners of men who participated in the study and had taken D-aspartic acid supplements, 27% became pregnant during the study. This finding is very promising as it establishes a potential foundation for the development of the compound to boost fertility.

In the natural process, testosterone production is also affected by nitric oxide levels. This means that aside from amino acid compounds like D-aspartic acid, nitric oxide is also important to keep the hormone testosterone within normal levels.

According to studies, the combination of DAA and other compounds that promote nitric oxide effectively boosts the effects of the ingredients in testosterone production, as well as in support plans for erectile dysfunction. It is also believed that DAA and nitric oxide-promoting compounds help increase muscle mass and improve exercise performance. Hence, D-aspartic acid supplements support nitric oxide levels and vice versa.

For safety in general, experts believe that the most recommended dosage for D-aspartic acid supplementation is 2.6 to 3 grams per day. A dose of 3 grams per day is said to be beneficial among middle age and elderly men who are inactive or not engaged in an active lifestyle.

Recommended dosage may change based on an individual’s combined related factors such as age, health status, weight, and other conditions.